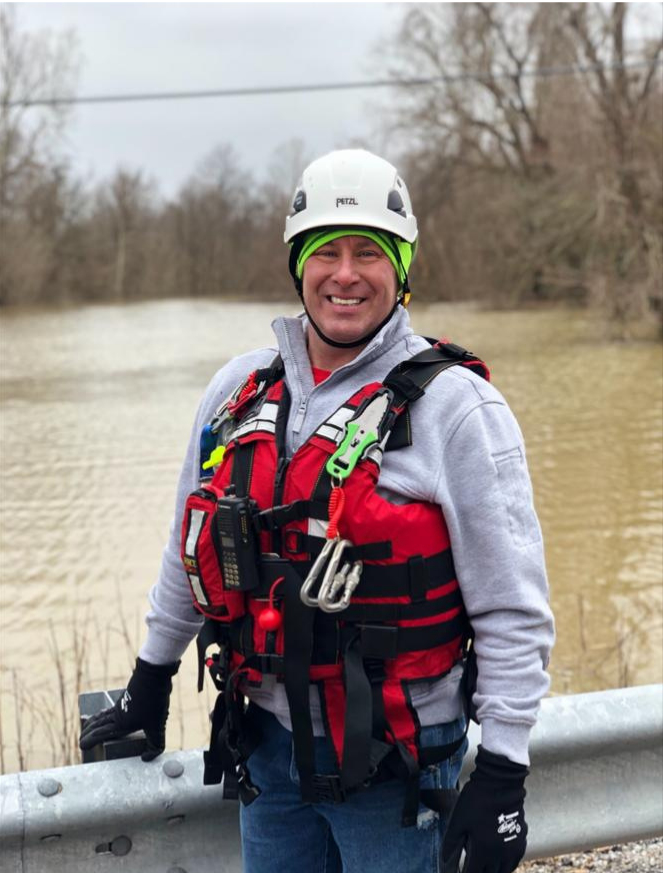 Robert Greif is a firefighter from Wickliff, KY with over 25 years of experience. He graduated from Heath High School in 1989 and then attended West Kentucky Technical College and National Fire Academy. Since 2001, he has been employed at Jackson Fire Rescue, where he holds the rank of Captain/EMT. Additionally, he has been a Kentucky State Fire Rescue Instructor since 2008 and a Fire Fighter Instructor 2 in both Kentucky and Missouri. He is an active member of the Region E Homeland Security Response Team and holds technician certifications in hazmat, rope rescue, swiftwater rescue, and ice rescue.